A realism model for Immersive Internet apps: Part I

Some of the vendor briefings we’ve participated in during the last six weeks have led to some pretty intense philosophical discussions. How is “virtual” different from “real?” How is “real” different from “realistic?” These questions are important to work through not as ethereal brainteasers but because 1) many people call this category we cover “virtual worlds,” 2) and many people tend to distinguish virtual worlds from “the real world,” and 3) virtual worlds and the physical world are converging. The way we see it:

Realism is a very important Immersive Internet consideration. (See our June 30, 2008 article, “First life” versus “fake life” – When realism is important in the Immersive Internet.) It’s also confusing because there is more than just one kind of realism. We’ve boiled it down to the two most important axes: 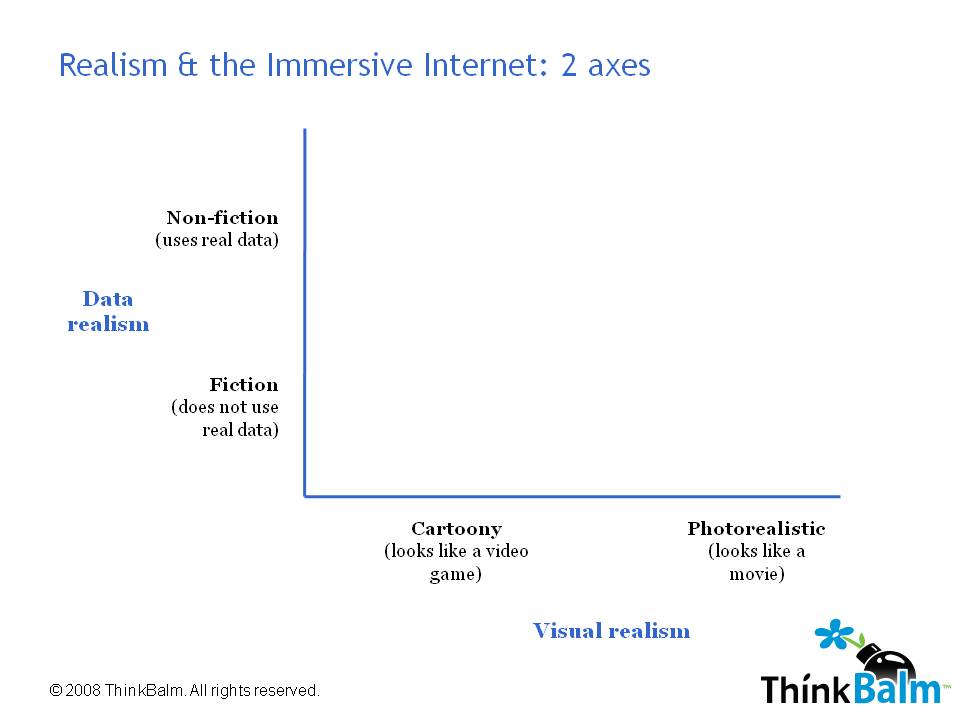 Based on these two axes, we draw on analogies from the book, movie, and video game worlds to describe four main categories of Immersive Internet applications: non-fiction video game-like, fiction video game-like, fiction interactive movie-like, and non-fiction interactive movie-like. For a discussion of these four categories see the July 21, 2008 ThinkBalm article, A realism model for Immersive Internet apps: Part II.