Second Life survey says: “Try it for work — you’ll like it”

The non-profit Social Research Foundation recently announced the results of its Second Life Annual Survey 2008, a Web-based survey of 1,258 Second Life residents who are part of the organization’s First Opinions Panel™. Thanks to Social Research Foundation, ThinkBalm was able to contribute a few questions about work-related usage of Second Life. Here are some findings from the survey, which was fielded in September of 2008.

Most residents surveyed don’t use Second Life for work

Only about a sixth of the 1,258 survey respondents (16%) say they use Second Life for business purposes related to their primary occupation (see Figure 1). The vast majority (84%) say they do not. And use of Second Life for professional activities including training is down slightly in 2008 vs. 2007 (see Figure 2). While 16% of the 1,258 respondents say they are doing more professional activity in Second Life this year compared to last year, 19% say they are doing less. 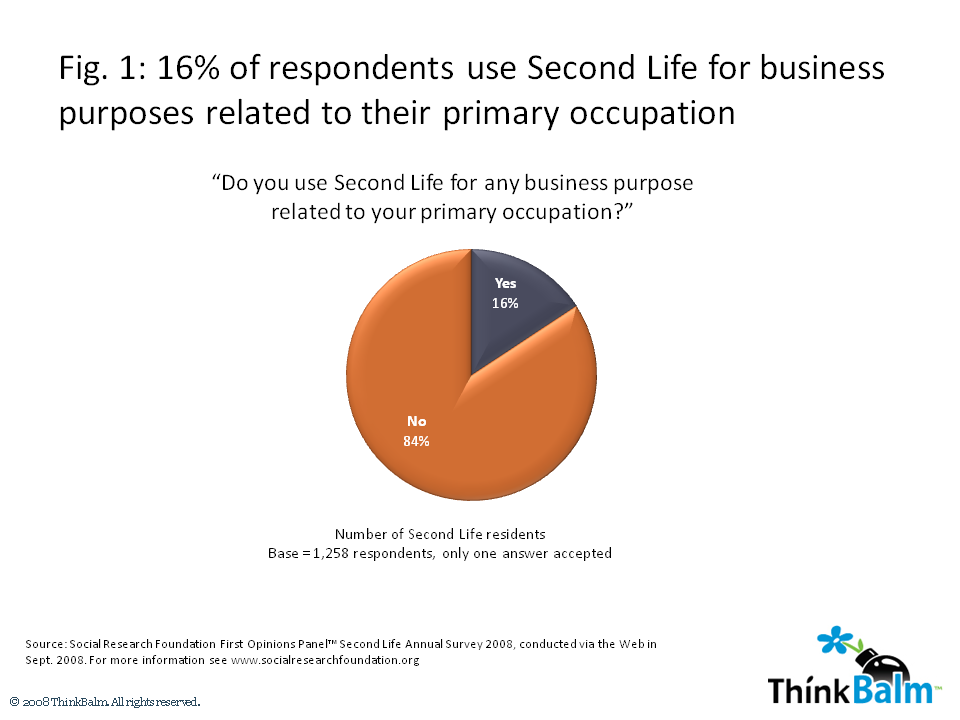 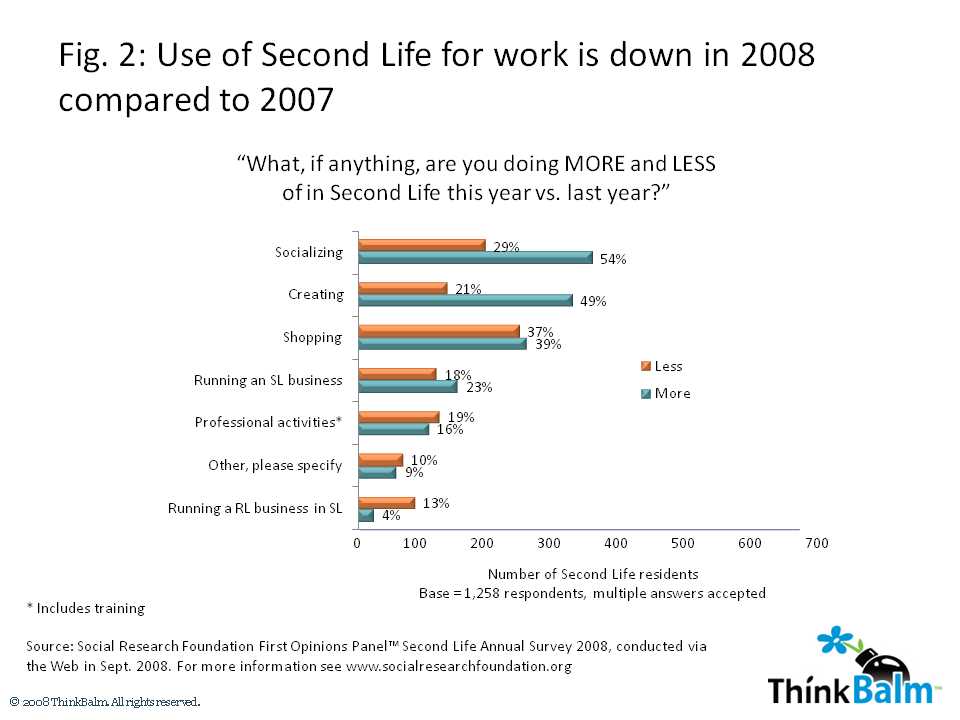 But of those who use Second Life for work, more than 1/3 indicate they use it mostly for that purpose

More than 1/3 (71, or 36%) of the 198 respondents who use Second Life for activities related to their primary occupation say that more than half of their time spent in Second Life is job-related (see Figure 3). Of these, 29 (15%) say they spend half to three quarters of their in-world time on work-related activities and 42 (21%) say they spend three quarters to all of their in-world time this way. Most respondents (125, or 63%) spend half or less of their time in Second Life working. 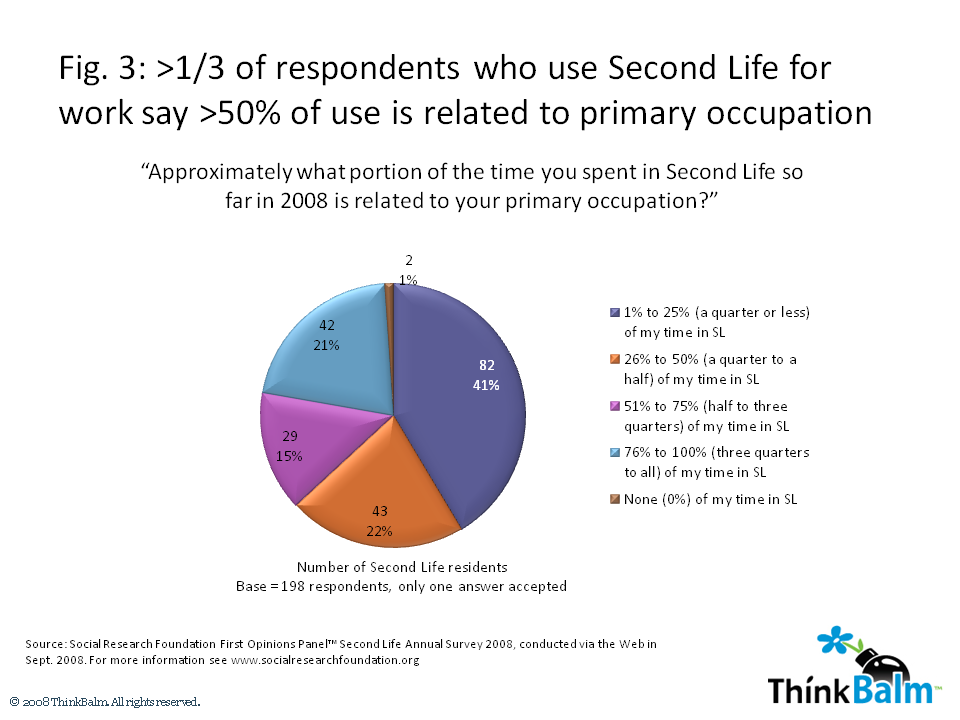 The most common work-related uses: teaching/learning, collaboration, and meetings

The most common professional uses of Second Life are teaching and/or learning, collaboration, and meetings (see Figure 4). These findings reflect what we have seen anecdotally, and not just in Second Life. These are the most common enterprise Immersive Internet use cases regardless of technology used. 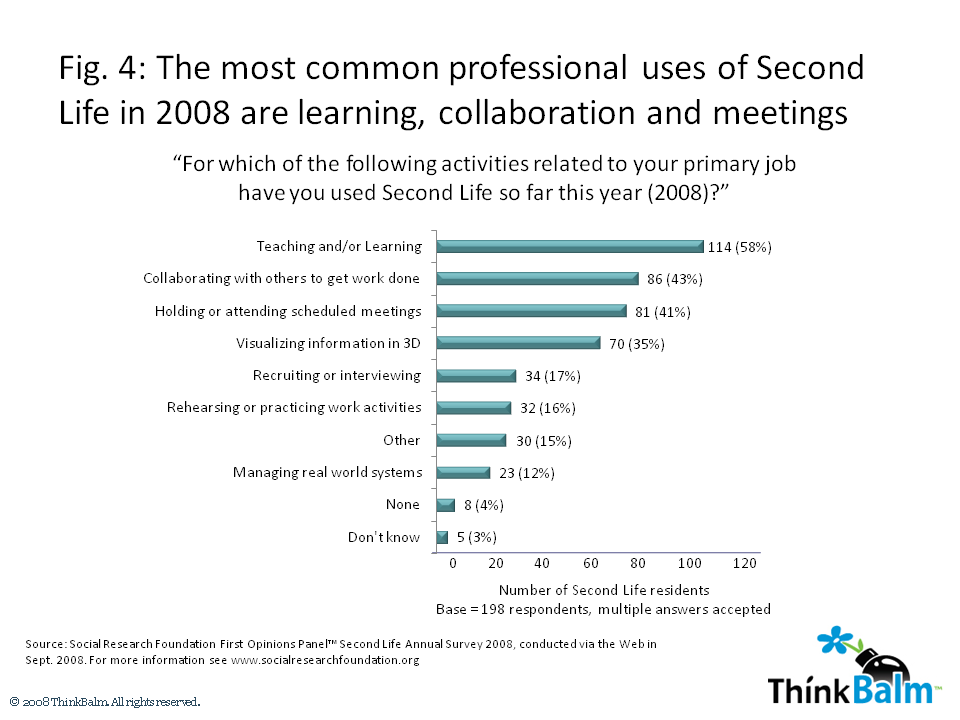 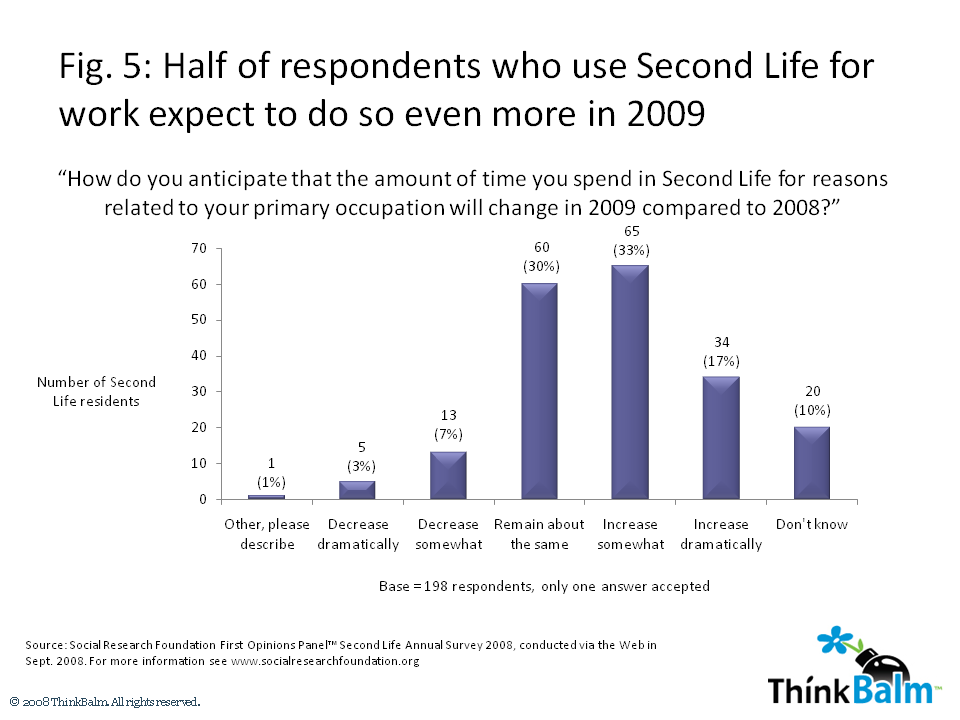 What it means for Immersive Internet advocates and implementers 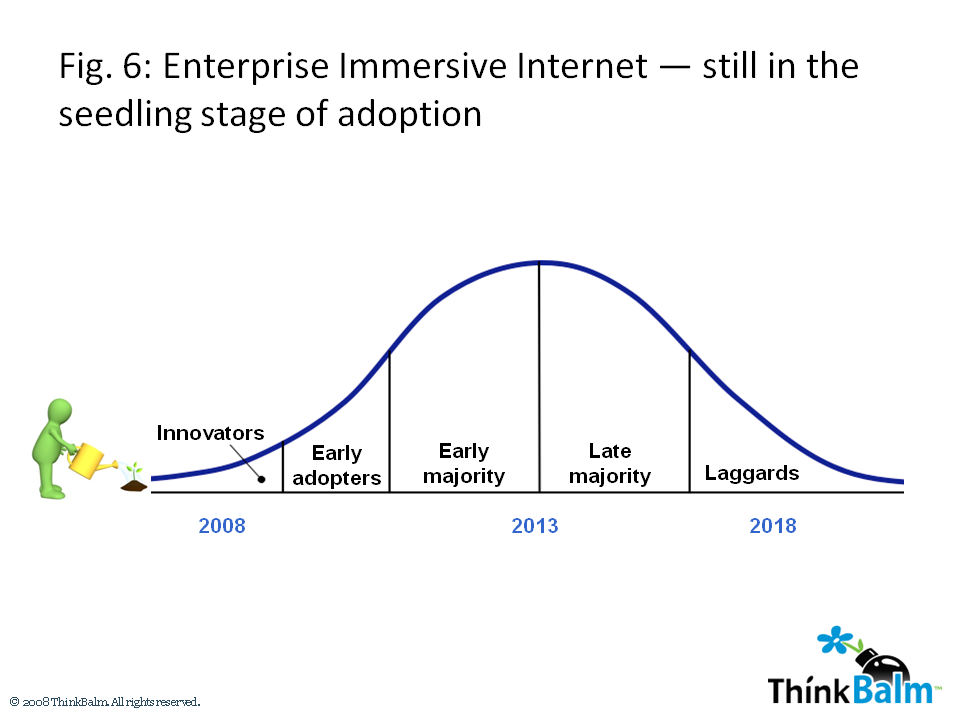