Organizations are cutting costs left and right to combat the economic downturn. On October 22, the U.S. Bureau of Labor Statistics announced that in September of 2008, layoffs reached their highest level since September of 2001. In the last couple of weeks alone, eBay announced it will lay off 10% of its workforce; Lear Corporation announced a 12-month, $150 million operating improvement program; SAP issued a hiring freeze and is trimming costs like travel expenses; and Yahoo! Inc announced it would reduce its current annualized run rate by $400 million before the end of 2008, laying off 10% of its workforce in the process. Numbers like these suggest that we are likely to see across-the-board spending cuts.

As a result, ThinkBalm expects to see investment in Immersive Internet technology as a cost-saving measure.

Think of the Immersive Internet as a giant cost savings generator

Immersive Internet technology can be used to generate cost savings in many areas (see Figure 1). Some use cases are more common than others. The most common work-related use of Second Life, as an example, are teaching and/or learning, collaborating with others to get work done, holding or attending scheduled meetings, and visualizing information in 3D. (See the related ThinkBalm article, Second Life survey says: “Try it for work — you’ll like it.”) 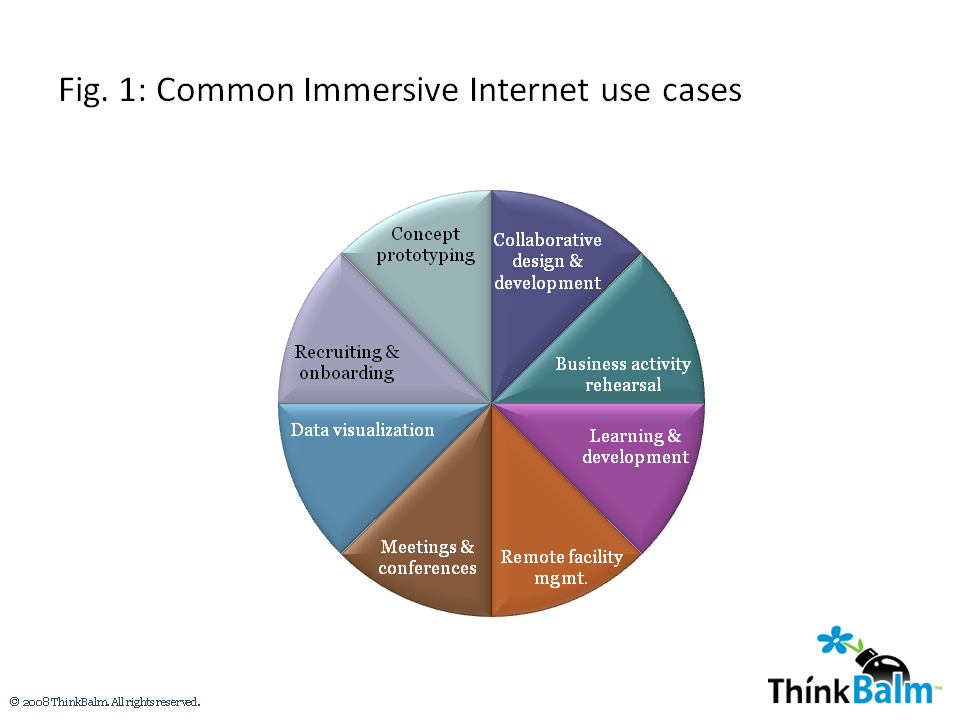 Our recommendation: pick a key business process or activity that is impacted by cost reduction measures in your organization and apply Immersive Internet technology to it immediately. The technology can be relatively inexpensive (depending on which products you implement) and the payoff can be significant and immediate — especially in areas like increasing workforce productivity while reducing business travel, and increasing workforce proficiency gain at a lower cost than with traditional methods of training.

Crypto – Blockchain Revolution: Bringing Change to the World of Finance