The Truth About Earning Income With Blogging 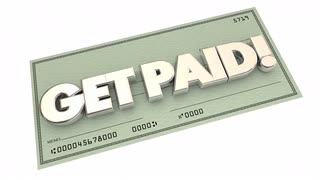 Yesterday I was listening to some entrepreneurship podcasts, about 3 different shows.

Each host/guest was describing some big win they had related to sales. One was describing how she recently made 6 figures promoting an affiliate product, and another described how he made a X promoting his event launch.

Now, these kinds of stories are interesting, for sure.

But I noticed something really problematic that seemed to be a theme through each of these success stories.

And no, I don’t think they are full of bull, because I know that it’s totally possible to make that kind of money online. I too, have 6 figure months and sales launches, so it’s not that I don’t believe them.

It’s that they all left out the one really really important element for how they achieved that success. They were all saying “You can do this too, you can have a six figure launch, all you need to do is engage your audience.”

…And yeah, building a relationship with your audience is very important, but that’s not the reason they made $X. It’s not!

The REASON that they made 6 figures is because they have an engaged list of A LOT of people.

Those six figures happened because they have VOLUME.

If you do web design in Kanpur, you need a large list of clients if you want to be a high volume earner.

I noticed this same thing in a webinar I watched last week as well, where a fairly ‘big blogger’ was selling a cool product, and was using her own success as a reason someone might want to buy the product. She was saying how because she has a successful blog, she makes 6 figures consistently. Well, I’ve seen her website where she mentions that she has 1 million people on her list, and she spends a LOT of money on advertising to get people on that list.

These people who have massive success in their launches now, have that success because they’ve spent a lot of time and money building their email list. And now they have 50k 100k, 1M people on their list who they forge a relationship with overtime.

*It is considered that a typical launch will convert about 2% of your list to buy.*

So now when they do a launch, even making sales off of 2% of that list can easily equal 6 figures.

And I feel like it’s irresponsible to leave this piece of the equation out. They are essentially selling people the dream, but not actually giving you the full story on how to make the dream reality.

The fact that this VERY IMPORTANT element to success seems to get missed from the conversations so much is where I see new bloggers getting left behind.

Let’s do the math:

A new blogger starts at the bottom and works tirelessly to build her community. Maybe she grows her list to 1000 people in the first year. In that first year, she launches her course. 2% of her list buys it, which is 20 people. She feels distraught because only 20 people bought her course.

It all comes down to volume. More engaged people on your list = more sales.

Maybe it’s time you consider paid advertising too? Run some FB and Google PPC ads, and promoted pins that lead to your opt-in freebie.

If you are interested in learning more about growing your list and building an awesome relationship with your subscribers, check out this blog post I wrote with some important email marketing basics for bloggers.

Important For Corporate Sectors To Know About The Term Corporate Finance?

How to Get More Readers!